There was at least one positive to our bonus days in London: sunshine! Something not often seen in a British winter, and which we had yet to come across in four days in the city of fog. We tried to set off on another day of sightseeing, finally smart enough to take the train instead of bothering with the bus anymore, just to find that the trains weren’t stopping. Two of them blasted through the station at full speed, failing to make the Tulse Hill stop, with announcements counting down the minutes then apologizing for the cancellation of the train we just saw pass by.

After the second one, one of the frustrated passengers picked up the emergency phone and made a call to Transport, asking in classic British deadpan, “Who ate my train?”. and getting the answer that another one would be on the way.

The automated announcements counted down again, and finally said the train was in the station. If that was the case, it could only have been the Hogwarts express. There was nothing whatsoever at the platform, that was for sure. So he picked up the phone again, with a whole crowd becoming less and less gruntled by the minute gathering around, and inquired again, “who ate two of my trains?!” Predictably, the dispatcher was not amused, and told us that there had just been a train less than a minute ago, which was notably invisible, if it had arrived at all, a trait not usually seen on Southern Rail. Or any rail, for that matter. Eventually, she let us know that there was in fact a Train Eater, and it was located somewhere near Croydon, but getting farther away.

Eventually, one managed to get away from the Train Eaters and make its appointed run to London Bridge, and we finally got into the city. And were finally smart enough to take the Tube and not bother with the buses and traffic! 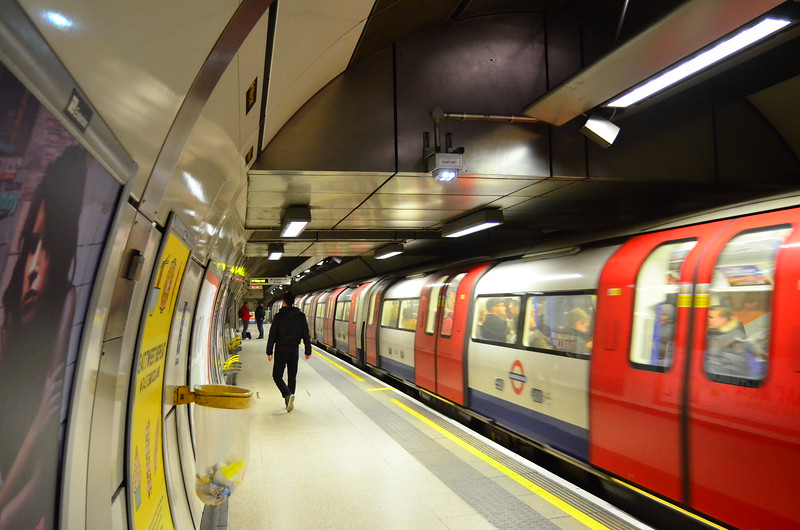 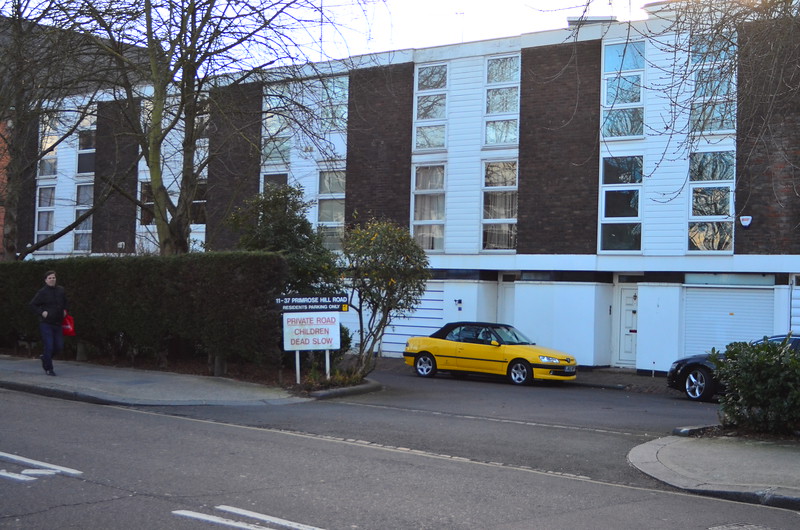 With it being such a beautiful (and un-Londonlike) day we decided to go up to Primrose Hill and check out the city view before Camden Market.

Even more than the rest of it, Primrose Hill is a millionaire’s London.

And it’s a little too small to see in this picture, but we passed by Mornington Crescent and Cecil Sharpe House too. Just two minor landmarks for a geek with the epitome of two left feet… 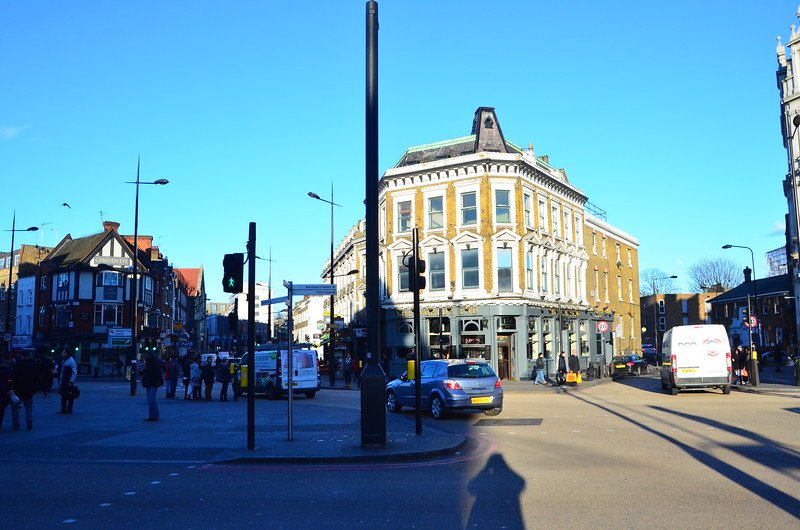 After a beautiful sunset walk on the canal, we found Camden Town and we were HUNGRY! 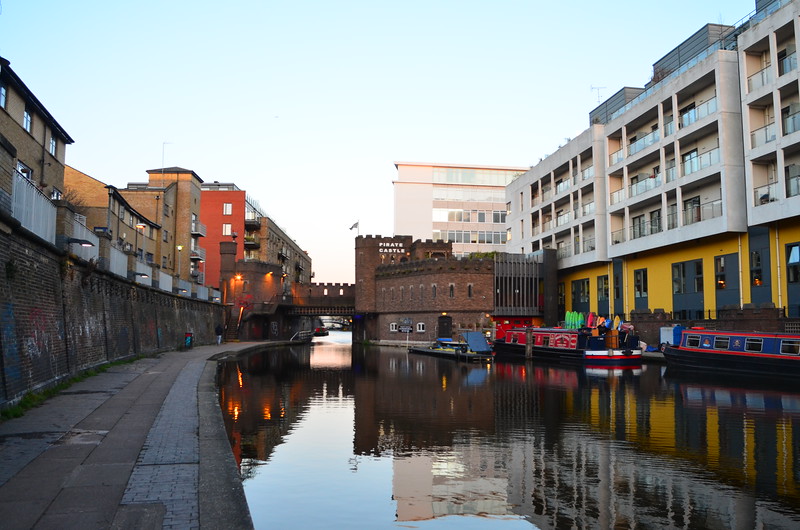 Then toward Camden Market, and a vegan restaurant called inspiral foods that seemed oddly familiar. I figured out quickly enough why – I’d built their website about a year ago, and at the time never thought I’d be in London. Their food, despite being vegan, impressed me even more in real life than it already did just from having seen all those pictures at work. We also tried beer brewed from hemp seeds, just because the bartender pointed out to us it’s illegal in our country. But it was delicious too!

And then, we saw what we should have done. Half the price, twice the tasty. Street food stands of just about every country on earth, in a maze of indoor and outdoor stalls 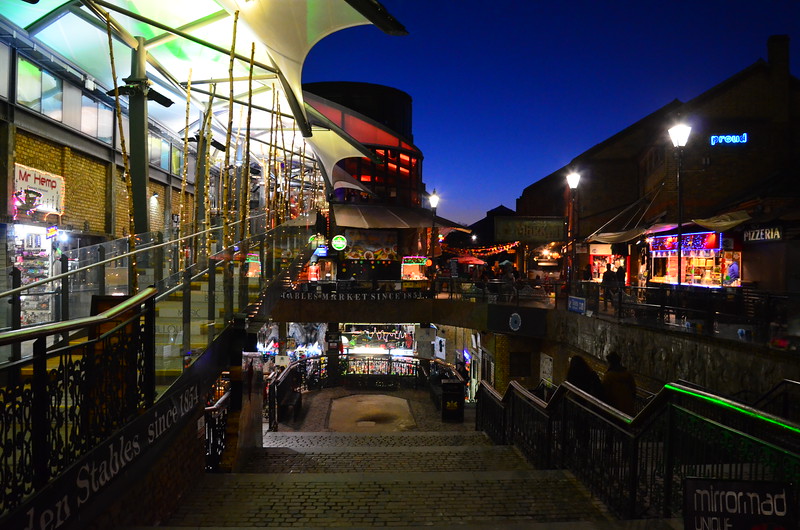 After Ben’s performance at the Cambrian, he put me up to making a fool of myself on a piano in a little tea house, and butchering a few show tunes. Once we’d had enough of Camden (or, Camden had enough of us, as the case may be), we stopped by a pub with wifi to stress about the rest of the trip. In about half an hour, over one beer, we just reached the fuck it point, and booked a flight to Berlin, two nights there, a night in Szczecin, and a flight from there to Oslo on our way home. Without really giving any thought to anything, except no RyanAir was to be involved this time! With that out of the way, we embarked on our second mission: live jazz. We found a few places that should have music, but most of them were either far away or expensive, and there was still quite a while before midnight and our tickets to Ronnie Scott’s.

We settled for Charlie Wright’s, even though it was almost to Islington, and took the tube there, just to see that it was CLOSED. Of course. Team Fail!

Unable to find jazz, cheap booze or wifi, any of which could have led to a plan C, we just wandered around for hours until Bekki was ready to meet us, and then got into Ronnie Scott’s for the midnight show, with the same band we’d seen at the Cambrian, and some amazing guest musicians!

On the way back, Bekki helped navigate our drunk arses back to Tulse Hill on the night bus, and we got back at 4.30am to just about the one thing that could ruin this night… worried and angry emails from my mom, who had been wondering what happened to me, and calling bars, venues and hostels all over south London looking for me! Shit!

By the time that was settled, it was after 6am and people in the hostel were waking up already…

We didn’t have time to do much on our last (part) day in London except have lunch and go to the airport. On trains this time, without getting lost this time. The flight from “London” Southend (actually an hour and a half train ride away) to Berlin was quick and uneventful. And just like that, we were in Germany, a country we’d never even planned on going to!