Once I got back from my Beelitz adventure, Ben was ready to see the city, so we got on the U-bahn and went to Charlottenburg for dinner. After a little bit of going around in circles, we decided on (delicious) Vietnamese food, then circled around some more looking for a massage parlor that made themselves nearly impossible to reach, “Good China Massage”. We both tried multiple times to call and make an appointment, but neither their English nor my German came anywhere near understandable, and all she would do on the phone was repeat “Güüte China Maßßadge” at us (we KNOW!) and hang up. Eventually Ben found the place, and I got to experience that German wonder, the Erdinger beer truck, while I waited for his back to get straightened out. Yes, beer trucks are just what they sound like – kind of like ice cream trucks here, but instead of crappy popsicles and tinkly bells, there’s cold Hefeweizen and (recorded) oom-pah music.

We spent the rest of the night looking all over for any possible jazz clubs, hopping around from one closed venue, or shitty rock band, to another, looking for islands of wifi in between to find a map of where to go next. We never did find any jazz, but we got the accidental tour of East Berlin and did see the Alexanderplatz, the Fernsehturm and the Holocaust Memorial along the way, so it wasn’t all in vain…

The next day, we decided to give exploring a try together, with another place the internet told us would be easy, Krankenhaus an den Weißensee, an East German children’s hospital closed in 1991. Getting there was a bit of journey, using all three Berlin transit systems, the U-, S- and M-bahne, then when we got there, we found the FENCE. Scheiß!

But I didn’t come all the way to Germany to get stopped by a little fence. We found a tree stump in the back, got over the fence (awkwardly for me), and into the hospital, which had its share of smashing and tagging done to it, but still has quite a bit of character. 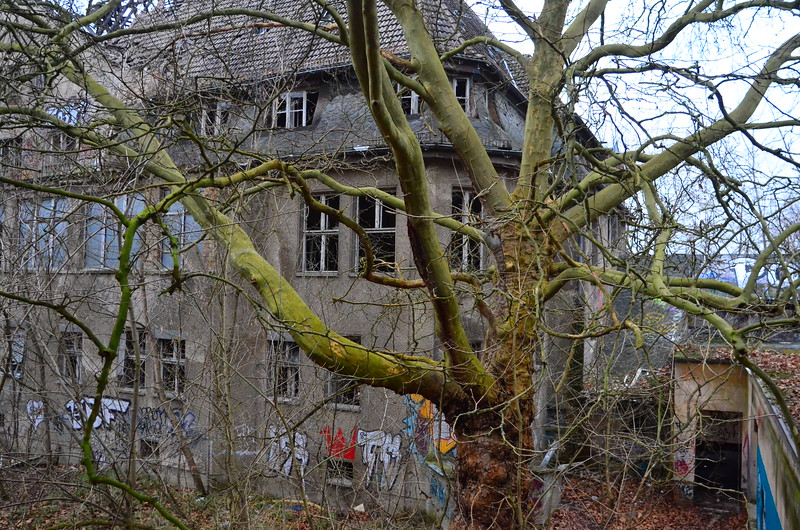 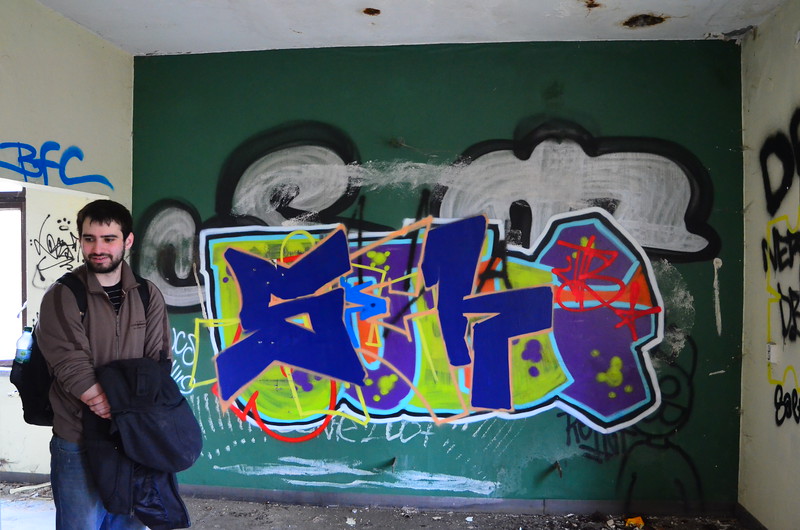 This layout in the wards makes me imagine a warden standing at this end, looking down the line making sure no one tries to sneak out of bed. Probably just my preconception of what life in a Communist state was like, but the architecture lends itself well to my imagination of authoritarianism. 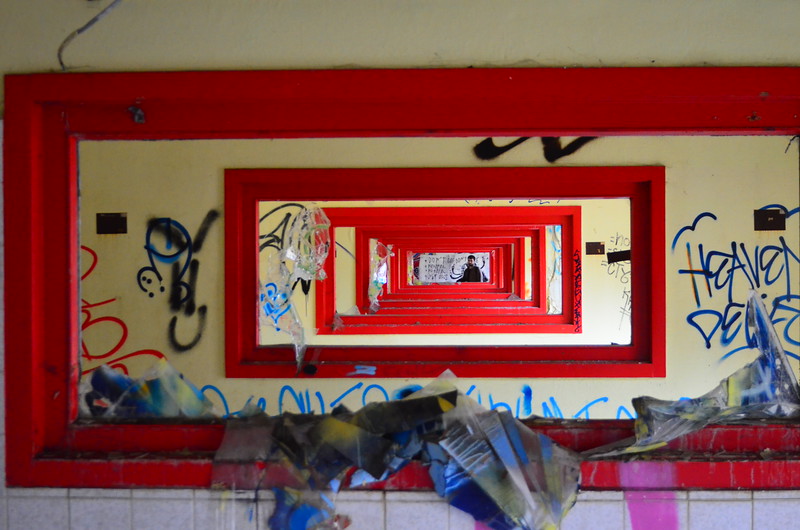 The hallways on one floor were painted in sheet music. I would never expect as much from an American tagger. Unfortunately I have no idea what the song might have been. 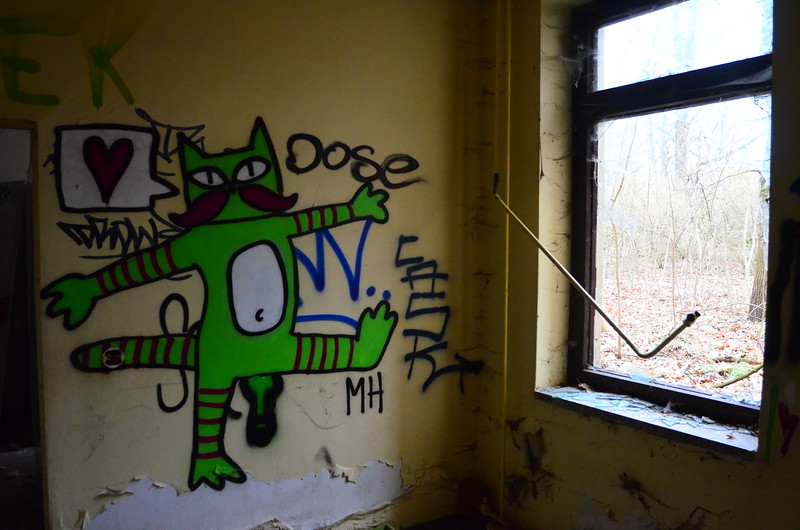 And despite being so omnipresent, the graffiti compares well to most buildings in America that I’ve seen. 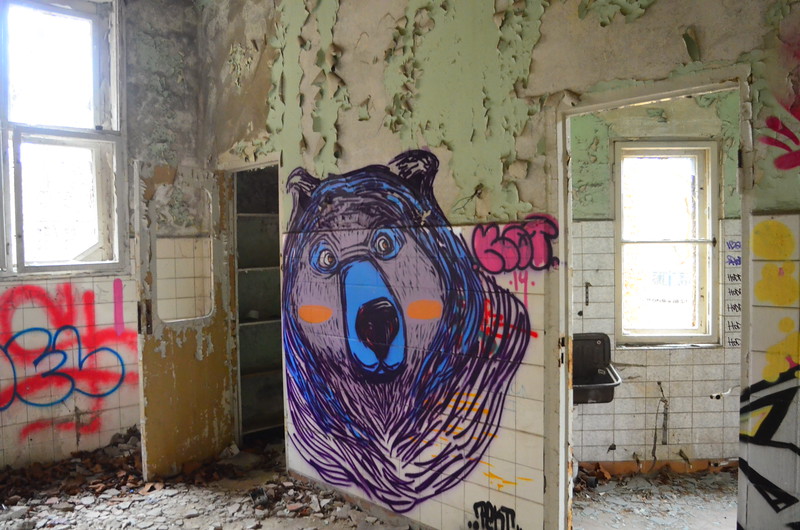 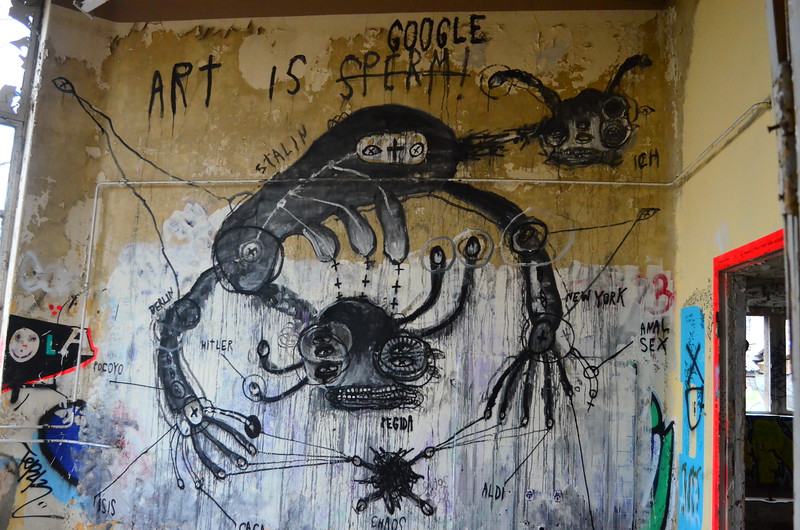 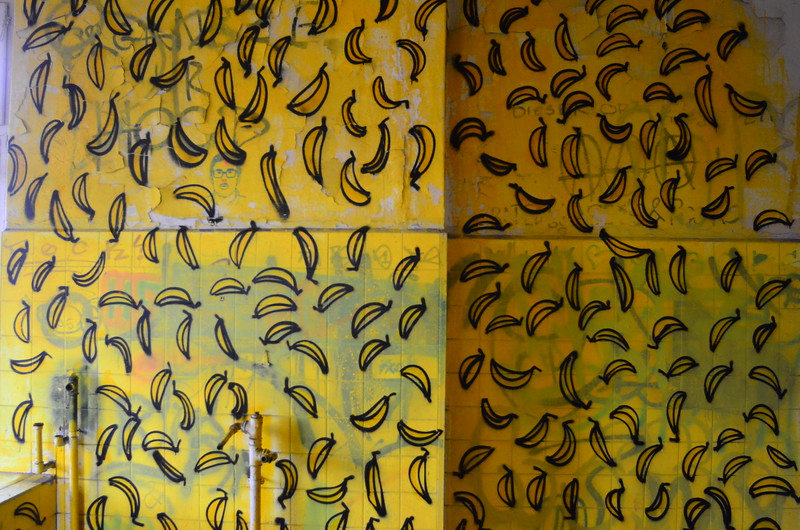 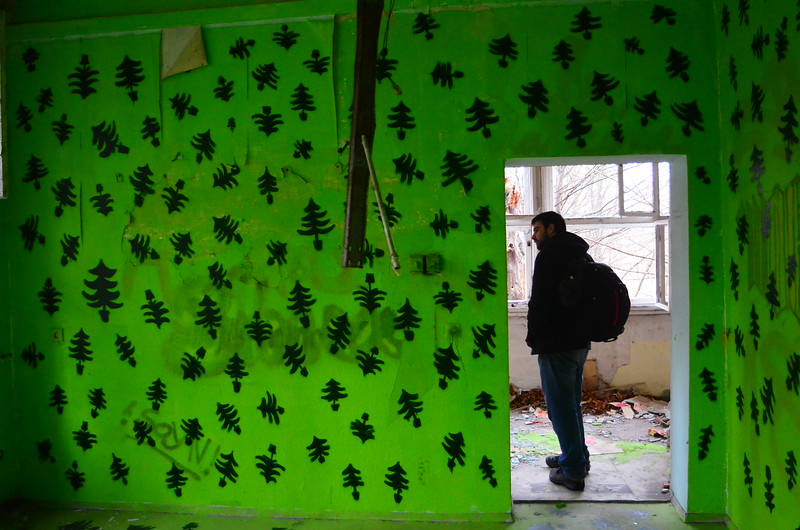 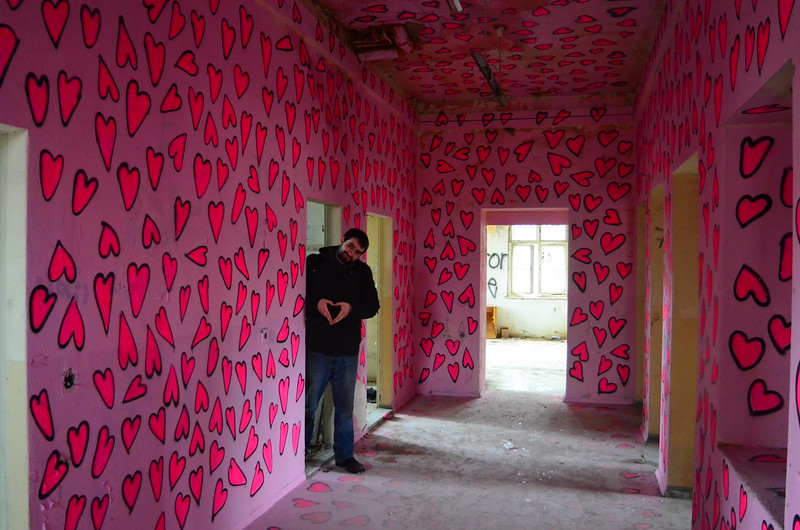 For a burned-out, trashed, well known place, this was getting to be pretty awesome!

Unexpectedly satisfied, spending most of the day at our first exploring destination, we decided to skip the rest and see the touristy stuff before we had to leave Berlin!