After we finished exploring, we spent the rest of our brief visit to Berlin on the tourist trail seeing some of the actual landmarks, starting from the Alexanderplatz to Berliner Dom, a cathedral nearly destroyed during the war and rebuilt back to its original Prussian glory: 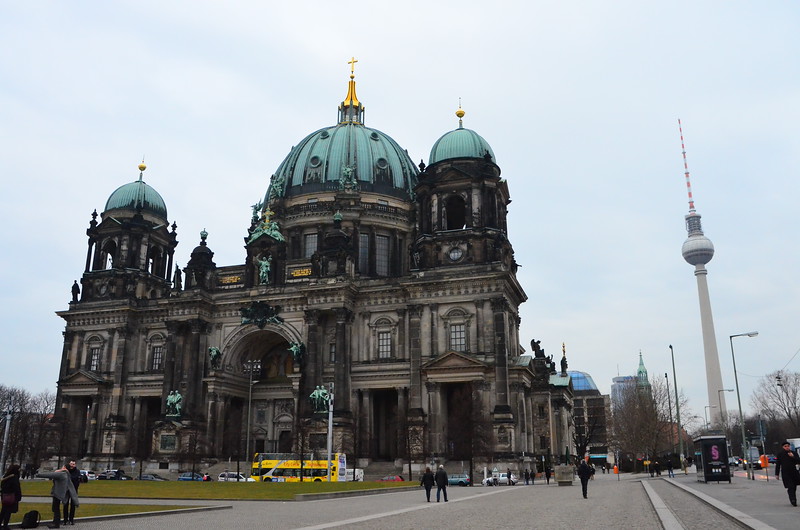 Opposite there was a museum of some sort that we didn’t have time for, but should probably have gone to… but our destination, if we could even find it, was the Berlin Wall. 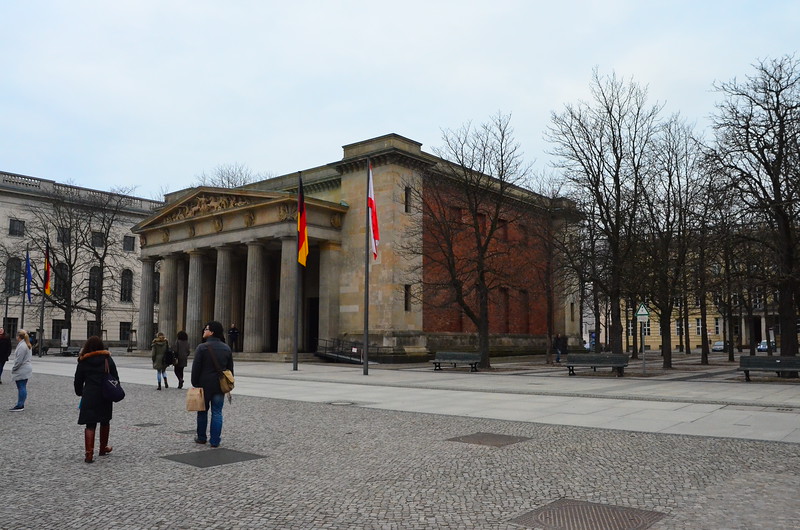 Crossing back into the former West Berlin, we passed through Checkpoint Charlie. First, a picture from 1964, when my mom was a military brat stationed in West Germany: And now, what it looks like surrounded by modern Berlin with no wall anymore… I must say this is one landmark I’m glad is gone! 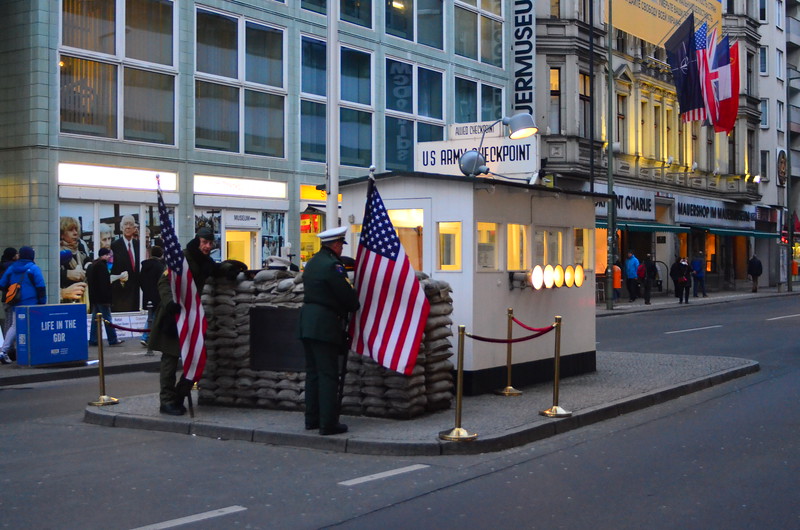 After a while longer, we found the one preserved piece of the wall, surrounded in Easternesque tourist traps like this one, ‘celebrating’ the infamous Össi car, the Trabant, the only new car available for the duration of the DDR regime. 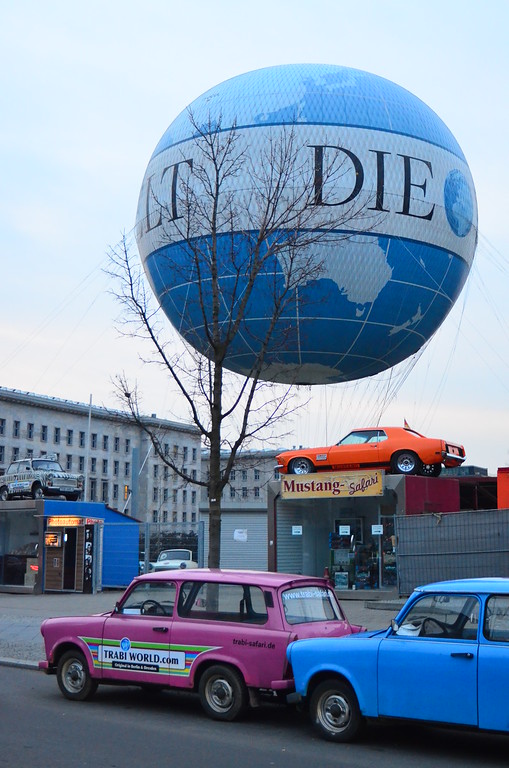 Another look at East Berlin – these Communist concrete block buildings would have been the face of the East looking out over the Wall.

And the last of the wall itself, optimized for tourist viewing 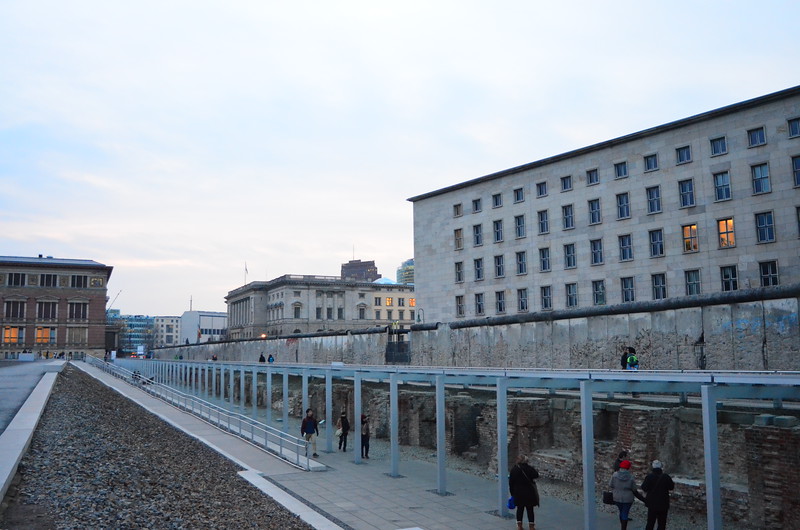 Not far from there is the Holocaust memorial, with stone columns symbolizing every day of the atrocities

Finally, we passed through Brandenburger Tor, returning to West Berlin.

Crossing the River Spree brought us to the Hauptbahnhof and our train to Stettin/Szczecin, just over the Polish border, the one place we could find a cheap flight on to Oslo from! 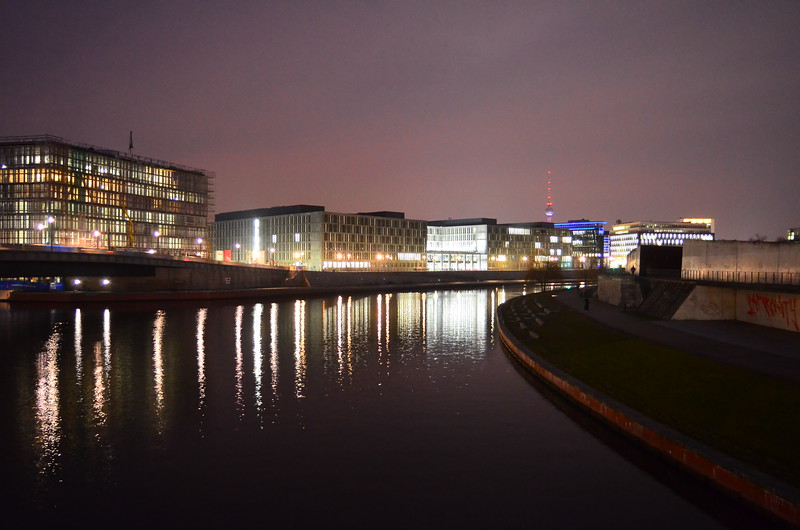 After a two hour train ride, we arrived in Poland, and it became abundantly clear that we were in a completely different country. It seemed that no one spoke English, and we had no idea how to get to our hotel. Even trying to use the ATM in the train station to take out zloty, we were apprehended by Polish soldiers, who looked at our passports with some confusion, and went about their business.

Eventually, we flagged down a cab, with a driver who spoke some English, and seemed to know where the Marina Hotel was. He told us, quite insistently, about the local nightclubs, asking us after each one, “Taxi go to club???” as we circled around Szczecin. After taking half an hour to go what should have been only a mile or so, looking back at the map, he dropped us off at the hotel, and gave us a business card.

In the morning, we got a different taxi, who would not go to club, to go to airport. On the way there, we learned a few Polish swears, as he seemed to miss exits (and squeal the brakes and pull somewhat violent U-turns) as a matter of course, accompanied each time by at least “Kurwa mač!” and sometimes more.

We finally get to the airport 40 minutes before takeoff, and things are oddly quiet. For one thing, it’s a tiny airport, with only two gates. But, as we quickly learned, the real problem was the pilots’ strike had made it to Poland too, and nothing was flying north or west, just the Eastern airlines were still running!