And just like that, it happened. I’d heard mumblings that there was a way in for a few weeks, but I didn’t entirely believe anyone that told me, and besides, it was probably some climb that would leave me re-enacting the plight of the beached manatee, only this time in broad daylight and fully sober. I’d had a few close calls with this building already — in 2011, with an unloaded camera; in 2013, at night, twice; earlier this year, not quite able to get in the hole in the window as I thrashed away at it helplessly. This time was different though, the entrance was a fully open window, with a larger than me-sized hole, only 3 feet off the ground. I could do this. We did do this. 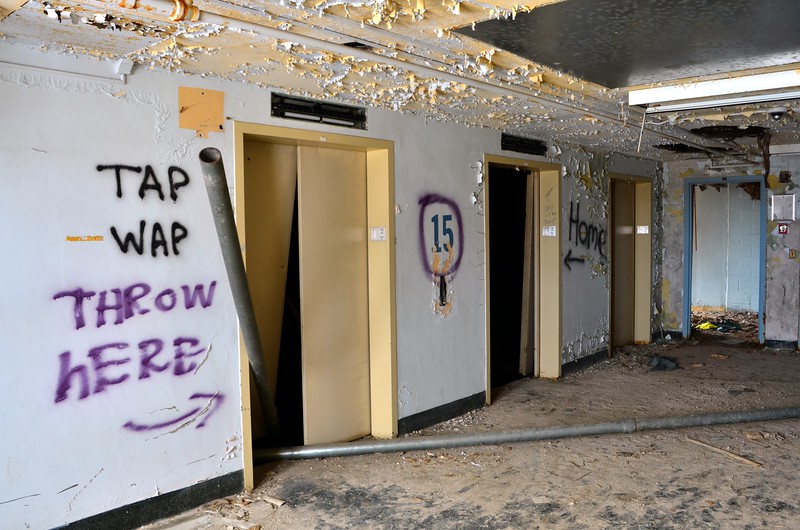 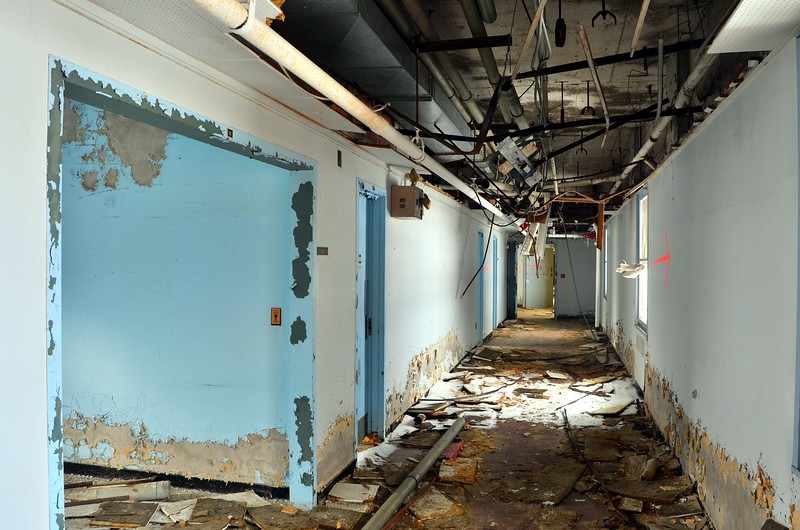 The top floor is about as interesting as the rest of them combined… most of the very few medical implements left were in the surgery wing. 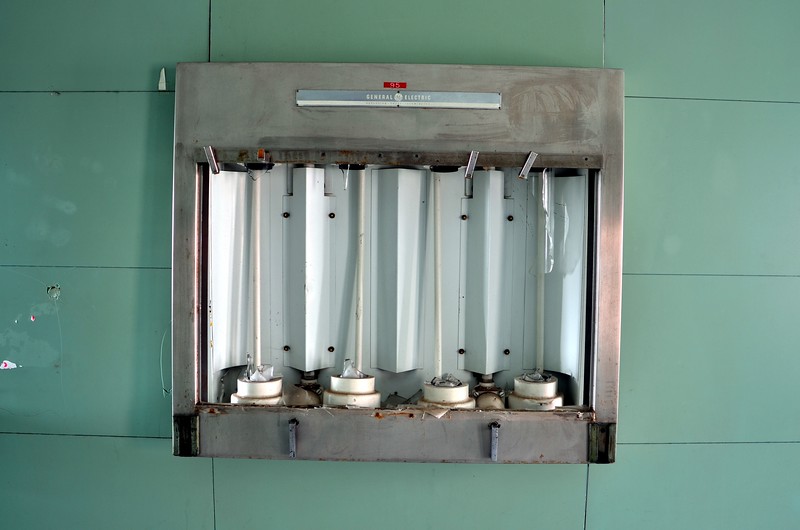 One advantage this place does have though is its sheer size and condemned status mean there is almost no risk of security once you’re inside the cuckoos’ nest. 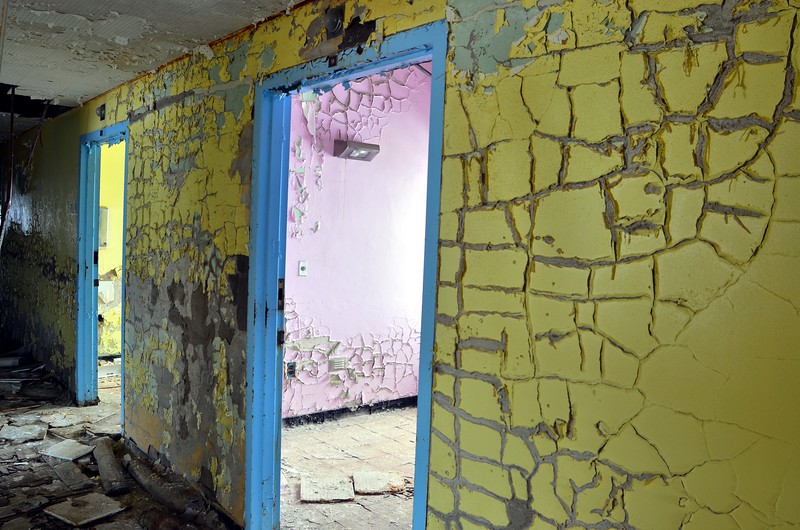 For the most part, every floor is a subtly different repeat of the last one, a layer cake where it’s all the same flavor, but the frosting might be another color. 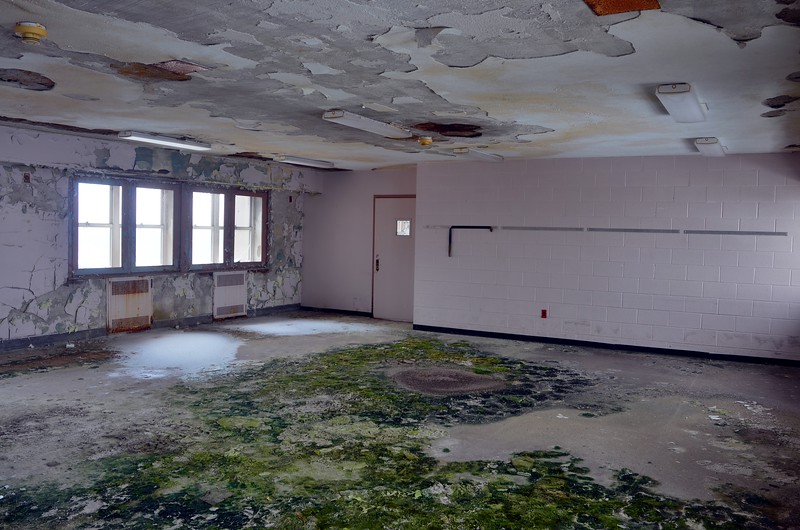 There is a reason I took a picture of this one in particular. Anyone know why?

Again, it’s just like upstairs. Only this time it’s mauve. 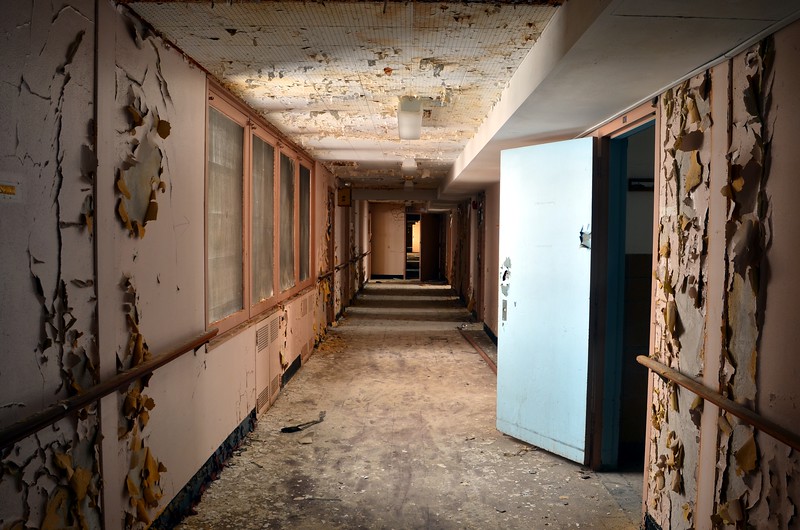 Asylum corridors and peeling paint, because people are supposed to love this stuff. 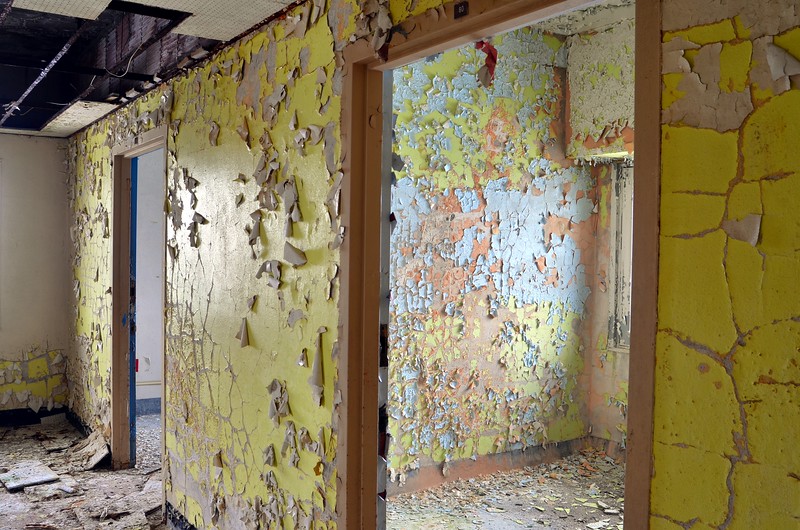