Imagine a world after cars, after trucks, after petroleum. Imagine walking through the snow, following the track of a guardrail along the ghost of what was once a highway, and now carries only the prints of a few snowshoes. This could be all of us someday.

For now, it’s just one little piece of the Inner Loop, but it’s still a sign of progress. With an intermediate stage as some sort of accidental park, the former freeway will soon be a city street, filling in the moat that separates downtown from the rest of Rochester.

Obviously I wasn’t the first one to wander through here, but it’s a sight I never thought I’d see, least of all in a city that’s seemingly on its way up. 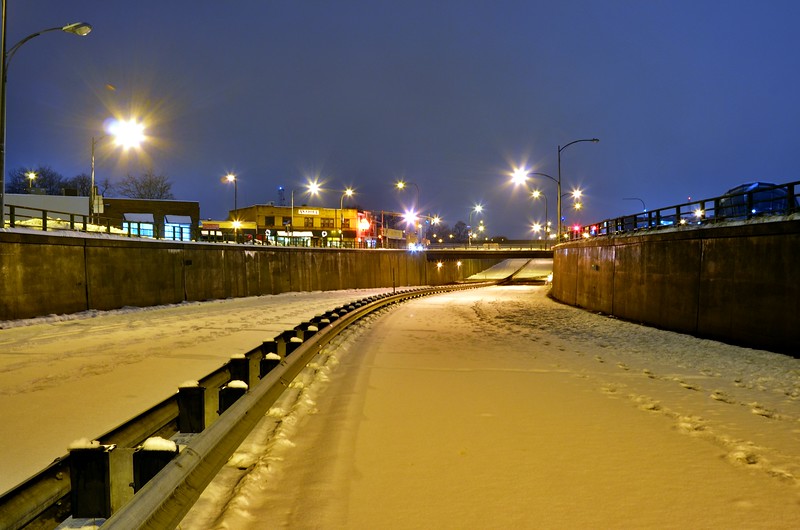 You don’t know how much I wanted to play some industrial-size Jenga here. 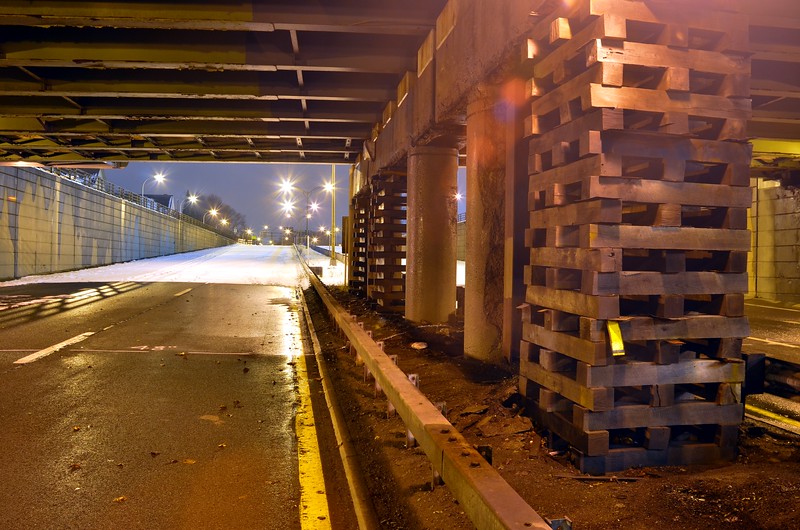