Apologies for the title — but you deserve just as much of a constant torment coursing through your head in an impossibly lilting and plodding e minor as we were both stuck with as we wandered around an abandoned chocolate factory. At one time Nestlé, then based in Fulton, NY, manufactured about 40% of the chocolate eaten in the US, including even franchised production for Cadbury and Hershey’s, in this one enormous factory. Open from 1899-2003, it briefly played the role of Oswego County’s largest employer, after the Miller brewery closed, but like so many other American factories, foreign production became so much cheaper that the operation moved to Mexico and Spain, leaving behind yet another massive industrial hulk. There have been some plans, and a botched demolition that took out some of the newer sheet-metal construction and left the brick behemoth largely untouched, but it has been the ruin of one developer after another, ranging from another chocolate factory to Anheuser-Busch to razing the entire thing for an Aldi and a Dollar General.

Until then, it’s just like you’d imagine an abandoned chocolate factory, right down to puddles of sticky syrup on the floor! 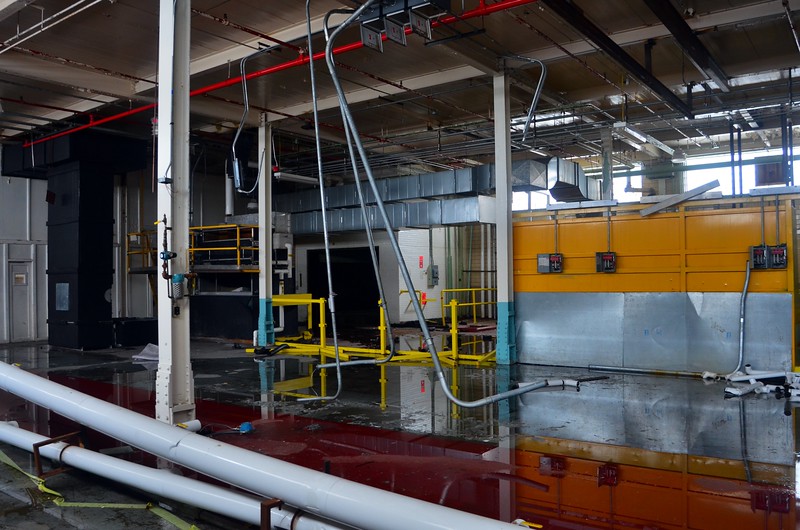 Necessarily for the nature of their product, this factory kept up with maintenance and cleanliness much more than, for example, a paper mill. Even though decay has obviously started, it’s notably more modern than many industrial sites that closed a few years later in the recession era. 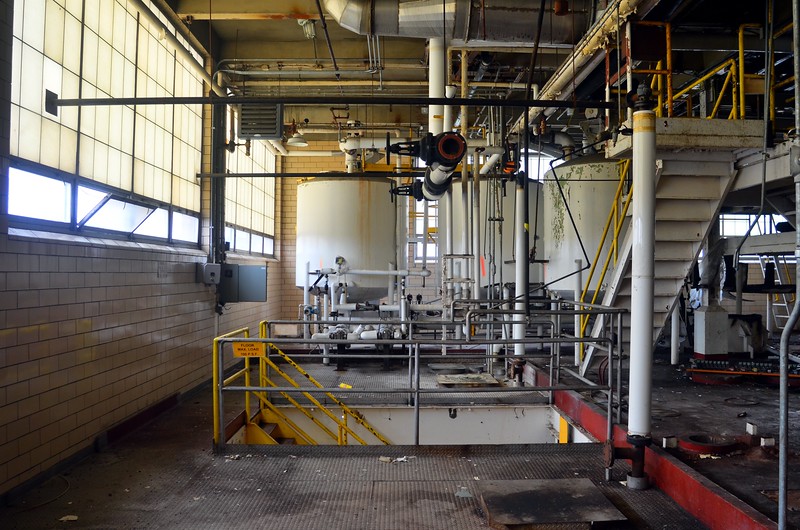 The device to the left was some kind of bulk nozzle, capable of filling 192 bottles at a time. A likely guess for the product would be Nesquik chocolate syrup, but other than the sugar floods, no trace of finished product or packaging remains in the factory. 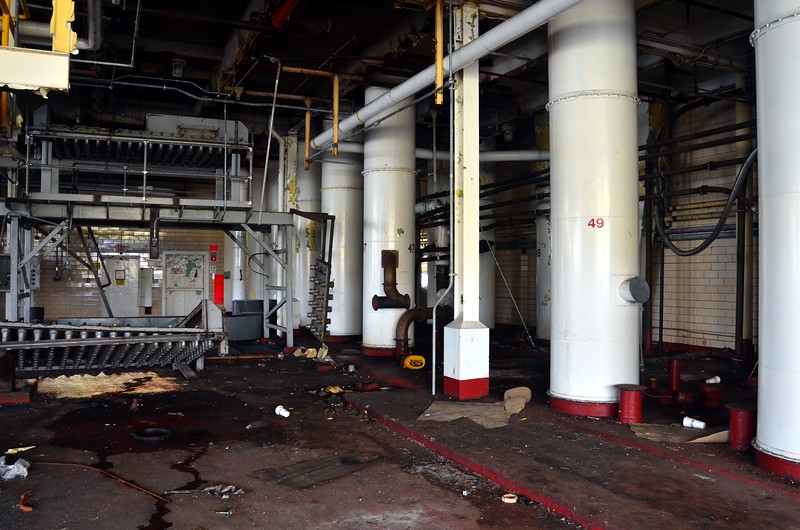 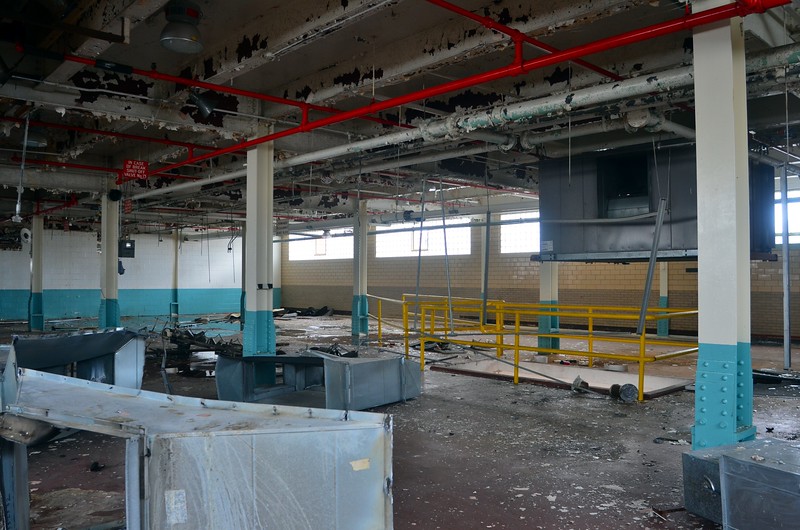 Notice anything wrong with this phone?

It’s hard to tell from this picture, but all the specks in this sugar-glacier are writhing maggots. Blechhh! 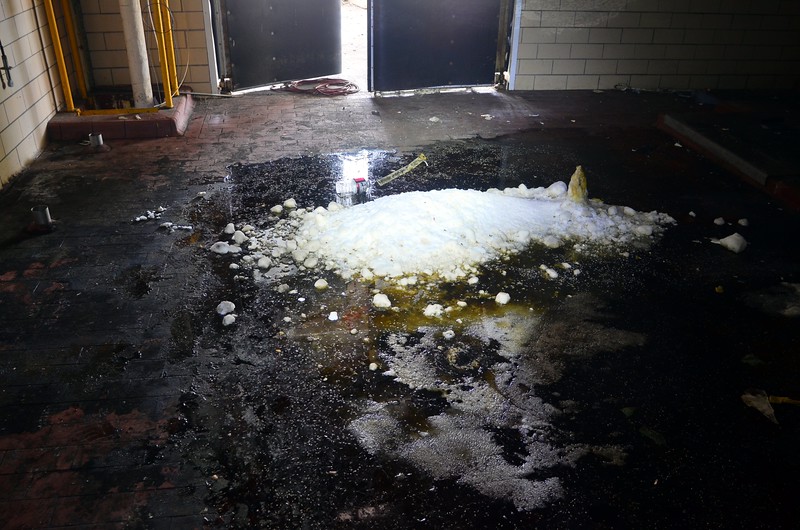 Quoth the spiders, “Never More.” April 9, 2003 was not in fact the day the chocolate died. But it would go to logic that the plant closed gradually, one product at a time. According to the New York Times, May 2 was the final day any product passed through the loading docks, and the last day at work for 474 upstate New Yorkers.

This time, they WERE all full…

Emphasis on WERE… Next time we should wear white. This was just one can each. 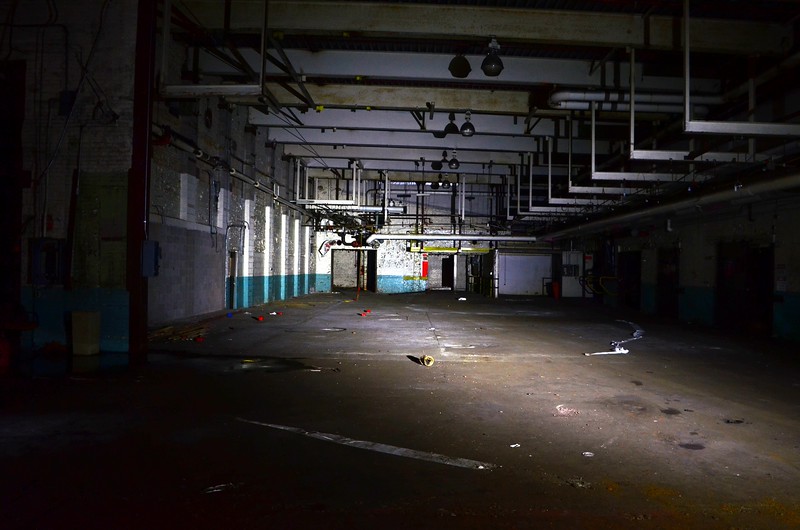 What is it with racks of keys?

There was yet another building, but we were out of daylight and the glassy syrup mirror was just too pretty to shatter. 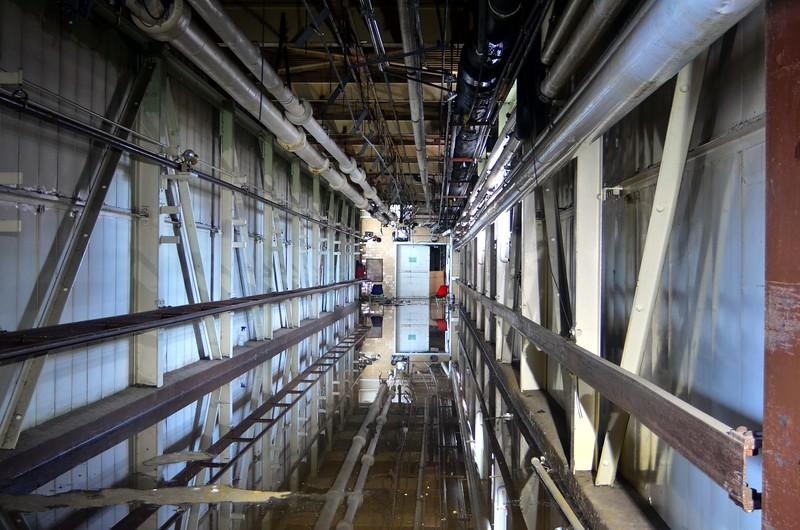 So we left across the rubble field, and caught the end of the Bills game on the ride home instead. For the 9½th time in a row, North Country was all we could have imagined and more. Can’t wait to go back in the spring!