Location: Colonie St
Been There: July 2016
Built/Abandoned: 1927-1998
Difficulty: 2/5: Walk-in entrance, but quite visible from active railroad tracks. No one else has had trouble but I got a warning from APD last time.
Synopsis: Known to locals as “the cube” for its obvious, imposing visage coming into Albany on the 787. This 12-story warehouse behemoth has burned a few times, but the fires affected only a small part of the building, and there are still assorted rooms and product scattered around. 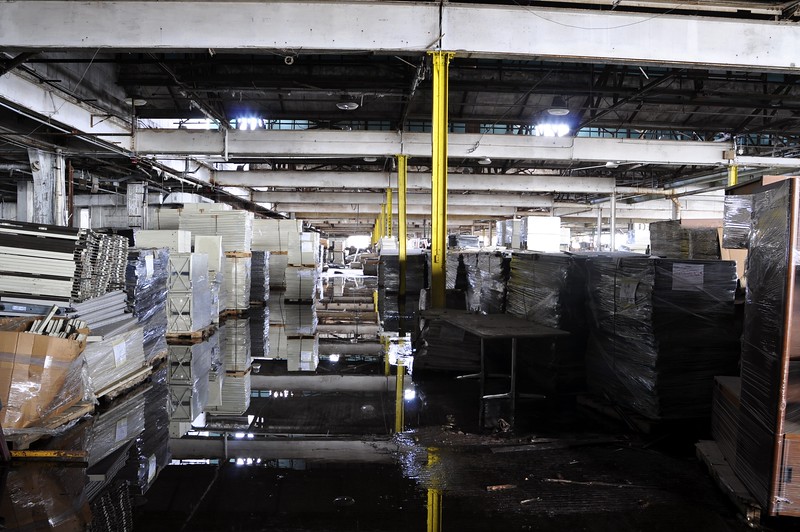 Location: N Broadway, Menands neighborhood
Been There: February 2014
Built/Abandoned: 1925-2008*
Difficulty: 1/5: park in back, go in through loading docks
Synopsis: This was once a massive magazine factory, made evident by the enormous framed portrait of Johannes Gutenberg in the entryway. However, after Condé Nast moved out, the building found new life as a storage facility for office furniture left behind by bankrupted investment banks. Location: Central Ave
Been There: February 2013
Built/Abandoned: 1930s-1981
Difficulty: 2½/5: May have security guard. If not, entrances are huge and obvious
Synopsis: A former slaughterhouse, partially converted into industrial park and ultimately abandoned. In 2015, a new owner took over but has yet to do anything to the west side eyesore.

Location: 1st St
Been There: June 2016
Built/Abandoned: 1916-99
Difficulty: 1/5: Wide open spaces. Walk in through the front gate. Offer the scrapper a beer if he’s there.
Synopsis: This place is HUGE. While some areas are devoid of machinery, the sheer size more than makes up for it, with some rooms still having their machinery, as well as offices and a lab still full of stuff.

Location: 129th St Lansingburgh
Been There: Feburary 2014
Built/Abandoned: 19xx-2005
Difficulty: 1/5: Walk in the front door just like all the graffitists and smashy kids did.
Synopsis: This place is utterly trashed. But it’s a hospital. I guess it’ll do if you want some post-post-apocalyptic shots.

Location: Forest Ave
Been There: July 2016
Built/Abandoned: 1898-19??
Difficulty: 1½/5: A bit of a walk on a fishing trail to get there.
Synopsis: A spectacular power plant built at the dawn of the electrical era, and left to rust away for many years. It’s the one remaining abandoned piece of Mohasco, which was once one of Amsterdam’s industrial giants.

Location: 2nd St
Been There: June 2015
Built/Abandoned: 19xx-2002
Difficulty: 2/5: No security, but boarder-uppers occasionally visit and change the entrances
Synopsis: A scaled-down version of the paper mills common in further north NY.

Location: Route 30A and Harrison Ave
Been There: July 2016
Built/Abandoned: 18xx-1995
Difficulty: 1½/5: only because of a slight bash through thick vegetation.
Synopsis: A 19th century leather tannery – Gloversville is actually named after this place and a neighboring glove factory, long since demolished, that employed a substantial part of the town.