After a few successes, and the total surprise that anyone actually showed up to explore with me, I was ready to aim higher and take on Seph Lawless himself. I’m not exactly sure how I feel about Seph – certainly not the revulsion most explorers have to him, although not complete devotion either considering that he’s been less than helpful to me. But I was in his territory in Cleveland, and of course I’d jump at the chance to go somewhere he has, just in case it might give me some semblance of the following he has. Ideally I’d just take the rejects from his social media dominance in the urbex scene, and travel around bringing the various randoms who ask to explore with Seph to whatever was in their area, but the self-proclaimed King of All Urbex wanted nothing to do with that. So we settled for the next best thing: going back to a place that he just claimed for a national audience he was the last person to ever see: Randall Park Mall, in the suburbs of Cleveland.

I did something here that almost never happens: passed a fence (admittedly by going under, and a very shoddy half-assed fence at that) to enter the mall, which was already getting started with demolition.

Without His merciless darkening and sharpening, it looks remarkably like any other mall, just a bit more abandoned. 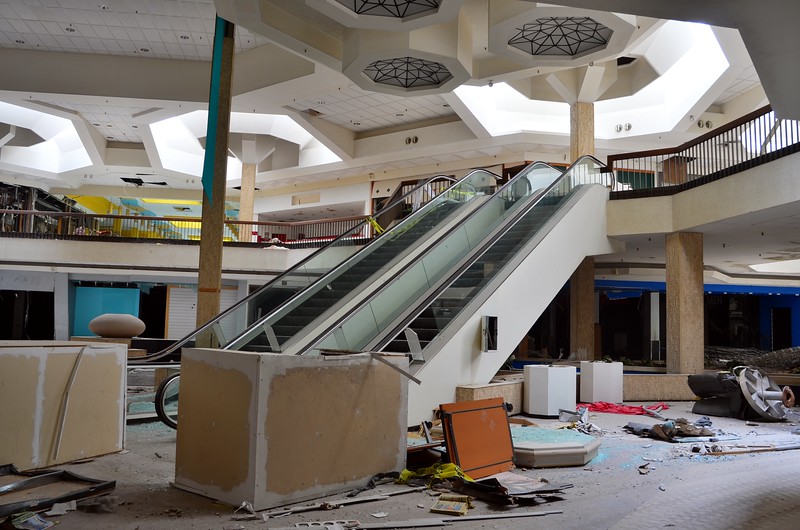 It’s about the only way I like shopping malls. I was that kid who always dreaded shopping, even Christmas shopping, and never understood why the mall was a popular place to just hang out and have fun. 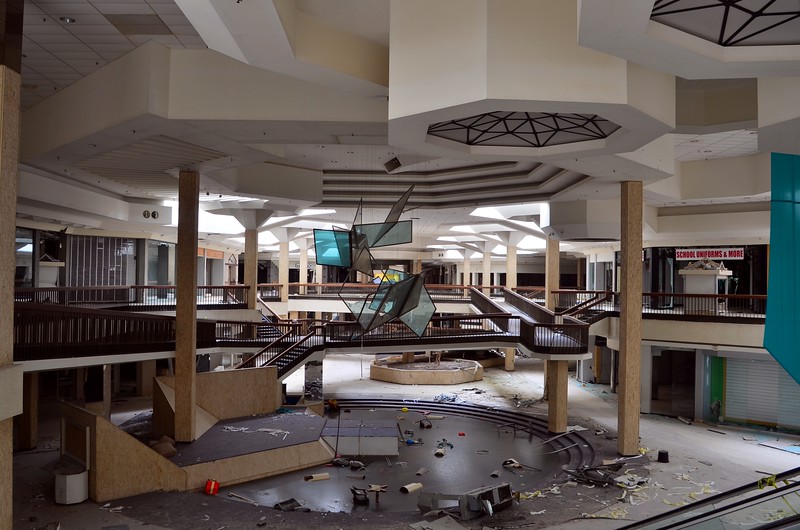 At least there’s a movie theater….

Haven’t seen any pictures of this part. I wonder if His Travesty just couldn’t find it, or it was too dark and he was scared?

I guess we don’t have to worry about security anymore… 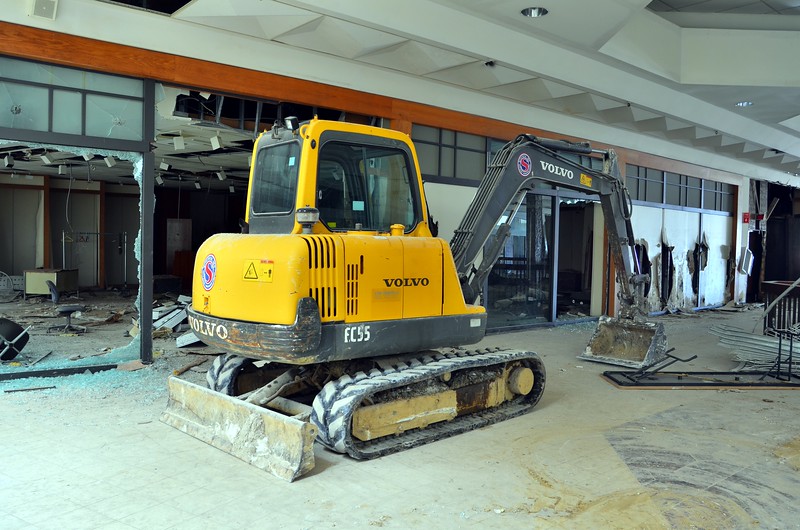 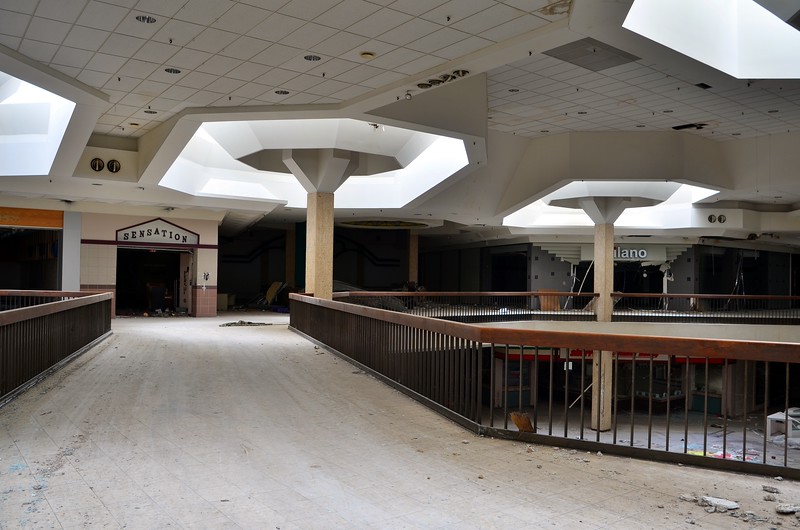 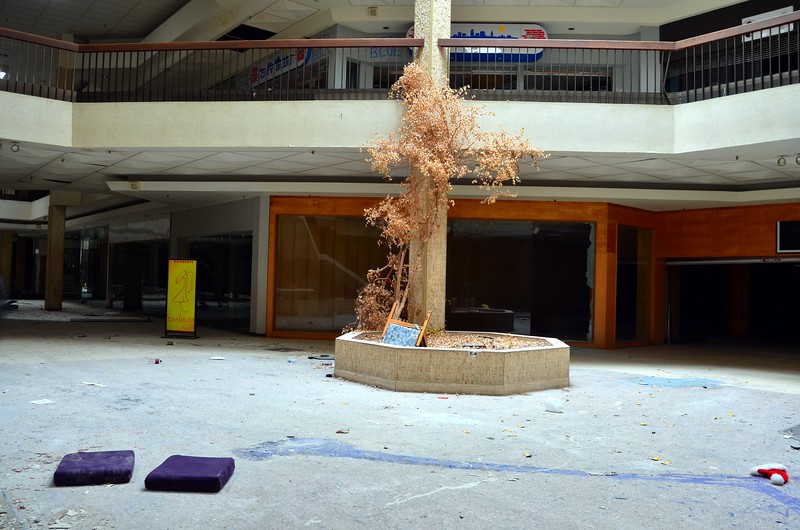 This seems to be Seph’s favorite spot in the mall. Now He’s not the only one with these shots.

You’ve probably seen this concrete egg thing before thanks to Him.

Oh look, another theater! This one was randomly sticking out of the mall office/storage area, they probably converted most of the old theaters and didn’t need this one, and just left it intact.

And So We Go Through The Great Unknown