Even though we didn’t see all we could have in Utica, we had to get to our next destination, the paper mills at Lyons Falls. Just from the one building we could get into last year, we knew it would be well worth a return trip. A whole building went missing since last time, but the demolition seemed to have stopped with that, at least for the winter if not forever, with some of the fencing and one excavator left but no signs of immediate work going on. The one remaining scaffold gave access to a historical plaque that seemed to take more effort to remove than the demolition crew were willing to spend.

We entered from the hole left by the missing building, into what was originally a basement, now open to the outside. Shelves of lab equipment and chemicals rot away into the miasma, seeing a few spots of daylight for the first time since the mills closed. 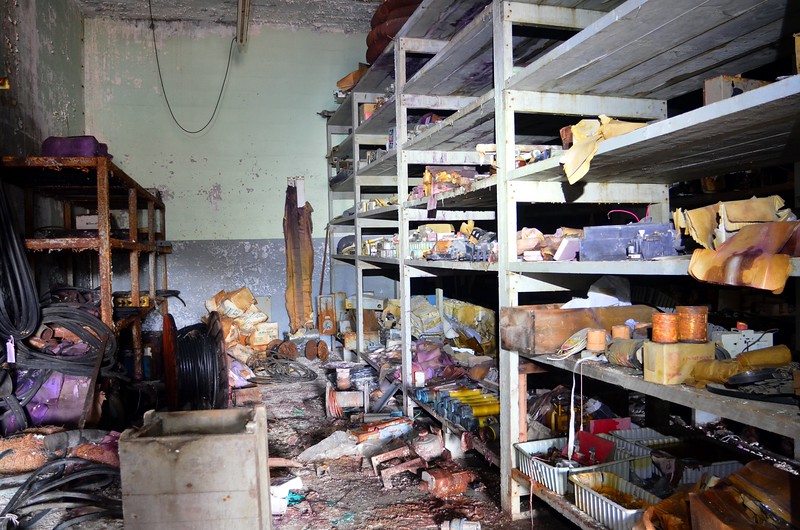 There was no adequate explanation for all these keys in the basement, nor did we find one in the rest of the mill. There simply aren’t that many doors in the remaining parts, nor evidence of corresponding room numbers. Maybe there were lockers or something in a missing section? 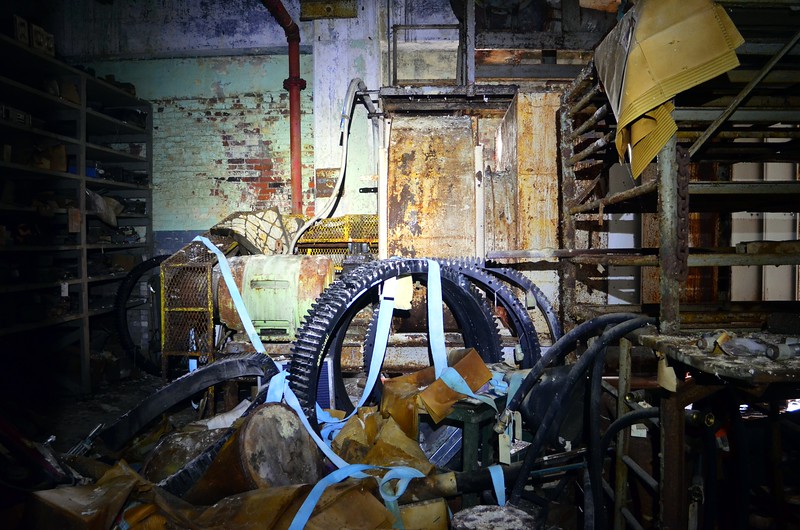 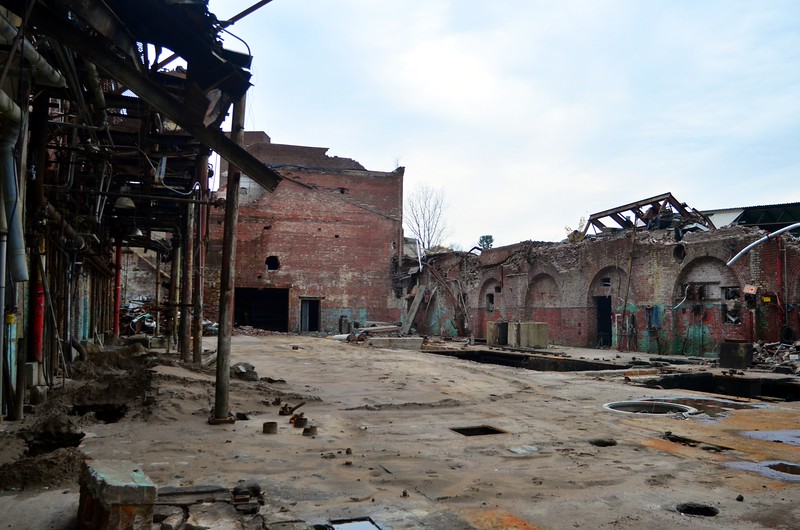 This section had its own special little control room, for the sulphate section. Even now, the air smells and tastes of sulfur… 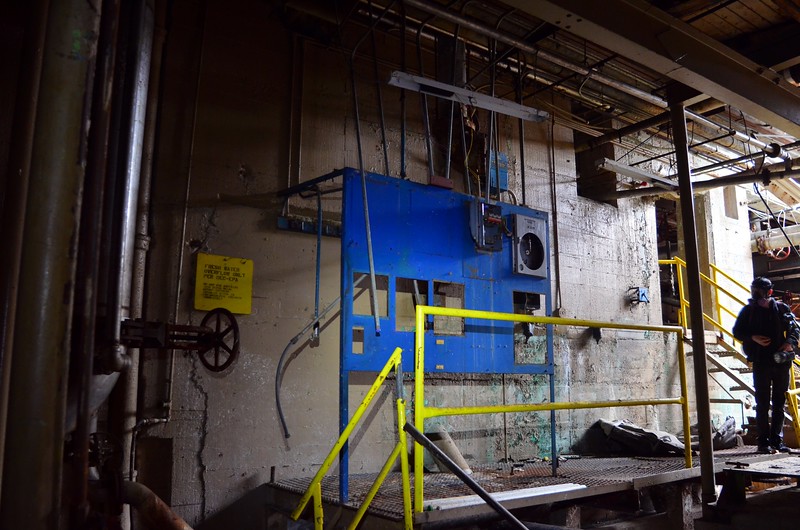 As we continued, we figured out we missed the main building last time, and only saw the two ends of the mill. Which wasn’t such a big loss after all, most of the factory floor was cleaned out, except for the side rooms. These were probably more common mechanical machines that could be auctioned off and used in another mill, as opposed to the idiosyncratic processes and tanks in the chemical plant. 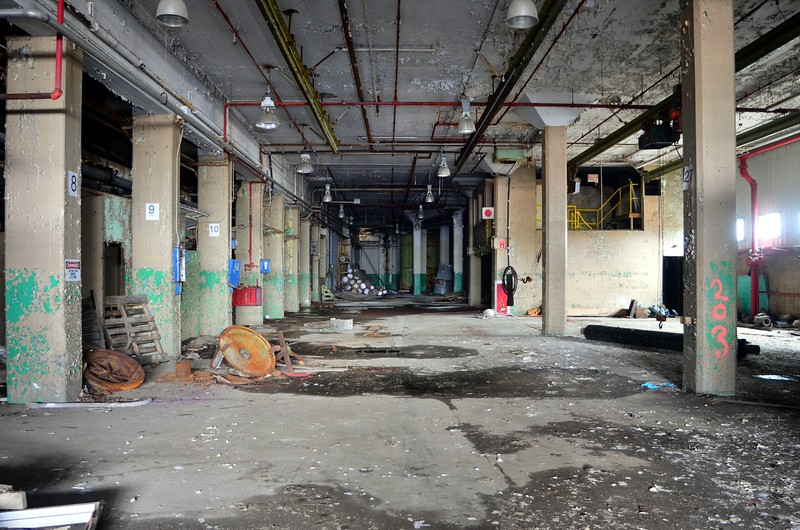 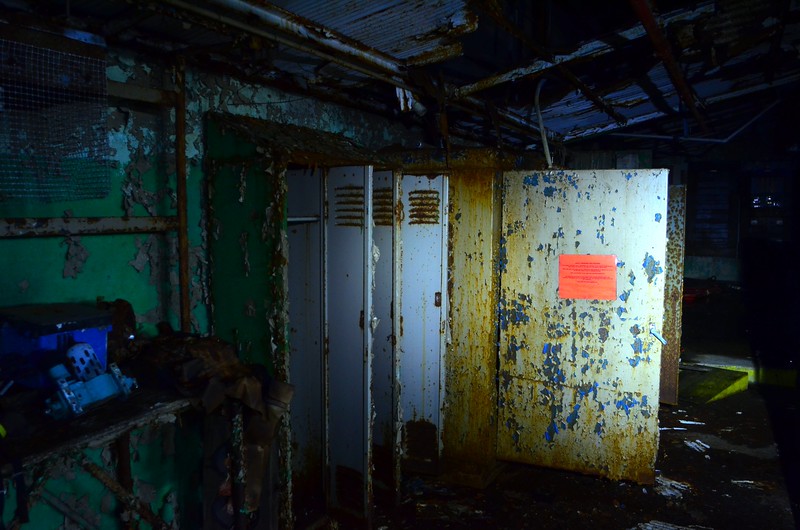 It seems to be the case in many industrial sites that the last of the product never got shipped as the business went under. 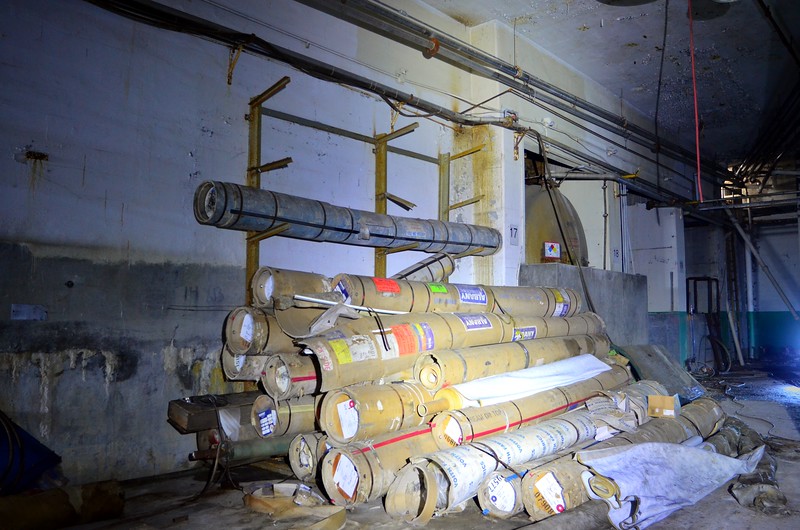 The last to-do list remained on the board too… it doesn’t look like directions to shut a mill down, but just another day at work. It makes me wonder just how suddenly these factories closed, whether the employees even knew time was up, or if there were just a few vague rumblings then one Monday morning they show up and the doors are locked and the machines are silent?

No, it doesn’t still spray. 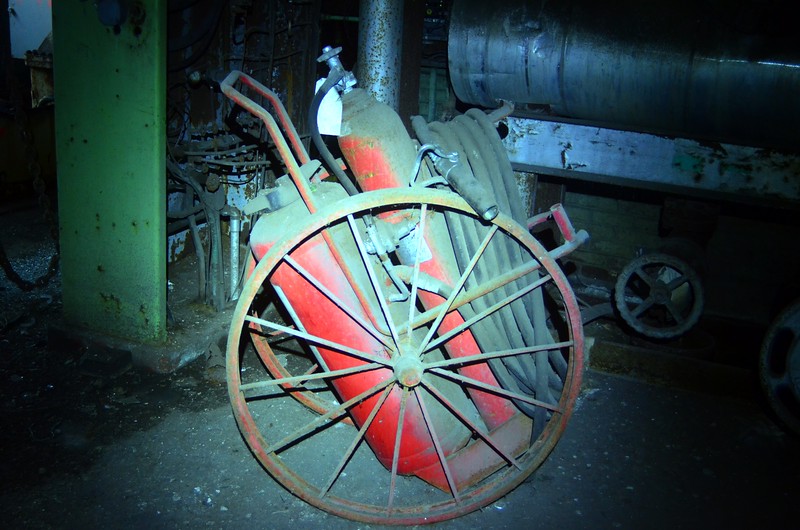