Between the disastrous start in Cincinnati and a similarly fruitless trip to Binghamton (where at least I had people, but no places to go, and forgot my camera on top of it all), things weren’t exactly looking great for my Fuck It Tour by the time I got a last minute invitation to meet a real explorer and check out a few places. Once I was convinced he was more than just a legendary troll, I booked my ticket and took my chances, arriving in New York on one of the coldest mornings of the year, and finding my host in Brooklyn after just one wrong turn in the subway system, in his Brooklyn apartment he shared with some wonderfully gregarious chihuahuas.

Waiting would be the order of the day… I thought we would spend most of our time exploring, but first we’d have to wait for everyone I was supposed to meet to be accounted for, and then beyond that, for the one person with a car to finally come in from New Jersey — only 6 hours after I got there, we were finally ready though, and went to the one New York City location “at my level”: the Staten Island Farm Colony. It’s about as trashed as places can get, and out of the way enough to probably be the only place we would go all day, but at least it’s something.

Even here… UER truly does rule the exploring world. A wild explorer appears! (This alone is a huge improvement over my last few trips…)

Every building looks about the same. As far as asylums go, this isn’t a highlight by any means. At least we had a beautiful winter hour to see it before it got dark (and we still missed most of the property, let alone the hospital across the street) 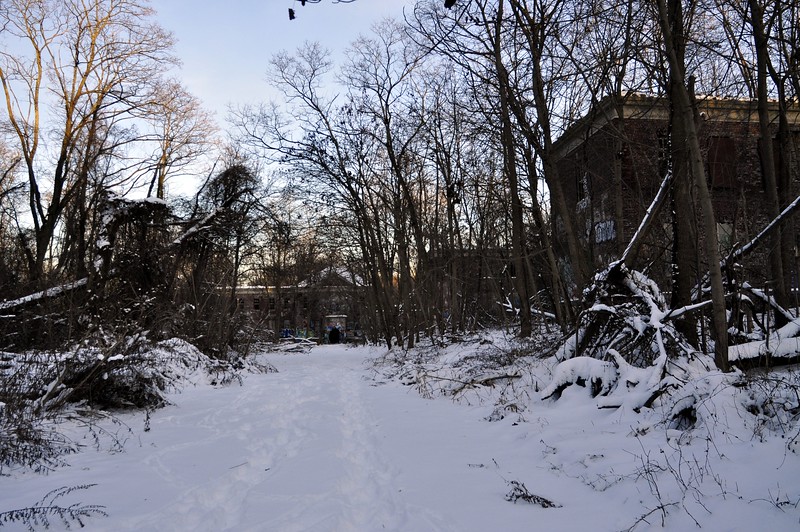 I think the roofs were the best part, actually. The rest of the weekend was more or less a disaster. A few other people had plans to meet up with me, but I couldn’t reach any of them, and spent the rest of Saturday and most of Sunday sitting around waiting, wasting my time in New York, at least in terms of exploring. I hardly even care though. I found people to meet up with, went there, explored, and came back. And the way things have gone lately, that’s more than I should ever have hoped for. And I get to do it all again next week!